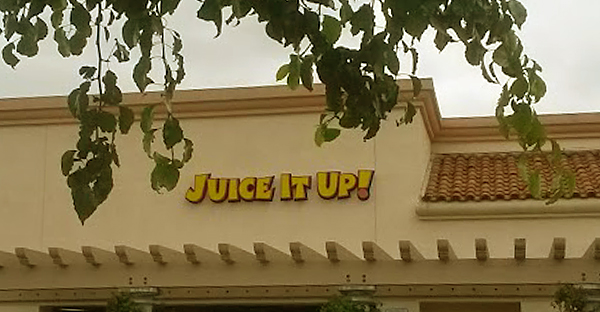 Working at Juice It Up was like a fun sport.

Practice was during the week which was Monday- Thursday, I went in made smoothies and juices all day, perfected my measurements and called it a day.  Game days were Friday from noon and all day on Saturday.   The line was out the door, the pressure was on! Sounds simple but let me tell you, making 11 smoothies and being able to tell which shade of red was watermelon juice, strawberry juice or raspberry juice could be very stressful but still, I could do it, I would hit an home run every time I stepped to the plate.

I would get my check biweekly and my schedule too, and I would be more excited to see my schedule than to get my paycheck. Not because I didn’t want my money.  In fact,  in this economy I was worried about where the quarters in my jeans had gone.

But at Juice It Up, I was good, better than good I was great! I didn’t have to worry about a thing but to get out the drinks in a timely manner. Then September 11th came and my manager decided that she was leaving, she was fed up with how little the pay was and I thought it was a false alarm because she would vent to me all the time about how the other smoothie artists (that’s what our title was at juice it up) didn’t do their job right and she didn’t understand how hard it could be to just do the daily tasks.

I thought about the time where I would see all the girls stand in the blind spot to text their boyfriend or update their Facebook status.  I smirked a little and walked away to pick strawberries from our stainless steel counter so she wouldn’t see me smirk but also think that I was cleaning. She eventually finished her ranting and clocked out and was on her way.

The next day at work the owners were there, somebody was working my shift and I got called over to the back. As I walked to the back of the store I thought to myself, will I get written up for discussing employees with the manager? Even though I just mostly listened. They were all sitting down as they welcomed me and asked me to take a seat, my boss led the meeting, and began with “Susan will unfortunately be departing from the company in a few weeks and the management position at the store is now available.”  I thought to myself Susan once told me that I’d make a great manager, is it possible that she referred me?  Duh, otherwise why else would I be here now. The owner later asked if it’s something that I would be interested in, and of course I said that I would be! I mean at the time it felt like a dream, especially since I was only 19 when I was offered the promotion.

I went through the training, took the state tests, now it was time to come in and “run” a juice it up, MY juice it up. Before my I officially worked my first shift as a manager, my boss said to me “This store is a reflection of you, you no longer have co-workers/friends they are now your staff.”

I looked at my dark black juice it up polo shirt and watched my boss walk away with my colorful “team member” shirt, I was so confused, did my sport just turn into a job?

02 Apr This entry was published on April 2, 2015 at 7:40 am and is filed under Uncategorized. Bookmark the permalink. Follow any comments here with the RSS feed for this post.

Older: A Liberal Prism or Ignorance: How Should We think of Muslims?
Newer: Black’s Beach