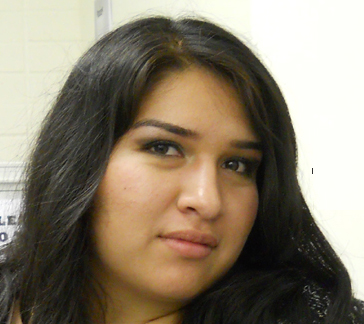 Sichen Hernandez  is receiving acceptance letters from a number of 4 year colleges:    UCLA, UC Berkely, UC Irvine, and UC Davis..  But things were not always so rosy nor were they easy.

When she was three years old,  her mother, older brother and a cousin immigrated to California. When she was four, she started kindergarten and began learning English.   This is her story, which begins with a bit of understandable bragging.

Although I should have been confident about my future, I was uncertain, scared and lost about what to do after graduation.

Up to that time I had not fully comprehended what it meant to be an undocumented student. The application to college was not a problem but by the end of my senior year,  I realized I was not going to be able to pay for my education with financial aid like the rest of the students.

I did not tell anyone of my problems or about my status as an undocumented student.  Not even my closest friends knew.  There was a stigma to being undocumented and I was afraid of what people would think of me.

Ontario High is  largely hispanic, with a high drop out rate among hispanic students.  There is the unfortunate stereotype of the immigrant Latino student  as speaking with a thick accent and doing poorly in academics, so when someone dropped out, they would say, “Oh, it’s because he’s undocumented.”  I didn’t really want to say anything about how wrong that is.

Since I was unable to pay for my tuition and other expenses, I took a year off school while I figured out what needed to be done.  I made the decision to continue my education at Chaffey College.

Chaffey is more affordable and closer to where I live, but I faced  other challenges. Since I currently do not receive financial aid, I must pay my expenses out-of-pocket.  Because I do not have a driver’s license or a car, I ride the bus to school.  It can be a bit time-consuming.

But at Chaffey, I found the ability to tell people what I’m about.  I learned to be confident in myself and able to speak out and tell my story.

At first it was lonely, and I wondered, “Where are all the other students like me?”  There was no support system for undocumented students and  I still didn’t want to tell the counselors when I had problems.

I found help from the Esperanza Foundation with a scholarship and a chance to volunteer.  The Foundation works with 5 partner schools, and Chaffey is one of them. Through the Foundation, I met people who wanted to work on the issues and to push for the passage of  the “Dream Act,”  a bill that would help undocumented students with college costs.

A year ago, we started the first-ever support group for undocumented and unprotected people at Chaffey College: I.D.E.A.S. at Chaffey College.  After that, I became a Senator in the campus student government, ASCC, a Secretary in the Associated Press Club and in Phi Theta Kappa.

The Esperanza Scholarship Foundation is an educational foundation that grants scholarships to students in the western San Bernardino valley area.  Hernandez currently serves on its board.

On Oct. 8, 2011, Governor Jerry Brown signed AB 131, or as it is more commonly known, the “California Dream Act.” The acronym D.R.E.A.M. stands for the “Development, Relief, and Education for Alien Minors Act”.

This bill allows qualifying  students to participate in state-administered student financial aid, thus creating an affordable path to higher education. Overall, it will not only benefit undocumented students, but also California’s economy by bringing down walls to higher education for those low income students and their families who cannot afford a higher education, even with the current AB 540 legislation. Consequently, these students will greatly contribute to America’s society as successful individuals in their chosen career paths.

Although many were upset when the D.R.E.A.M. Act passed, I for one was not. To me, this bill signifies an immense opportunity to be able to pay for my higher education.

According to a UCLA study, approximately 40 percent of undocumented youth in the United States reside in California. Furthermore, there are currently 34 thousand undocumented students enrolled in the California Community Colleges system, 3,600 in the CSU system, and around 600 in the UC system.

I am not alone, there are 25,000 others who graduate high school each year and feel frustrated. To us, the D.R.E.A.M. Act is a major step toward our dreams and aspirations.

01 Nov This entry was published on November 1, 2012 at 8:32 am and is filed under base line profiles. Bookmark the permalink. Follow any comments here with the RSS feed for this post.